This guy was the highlight of my trip to the Red Rock Canyon in March. A white-tailed antelope ground squirrel, I think. 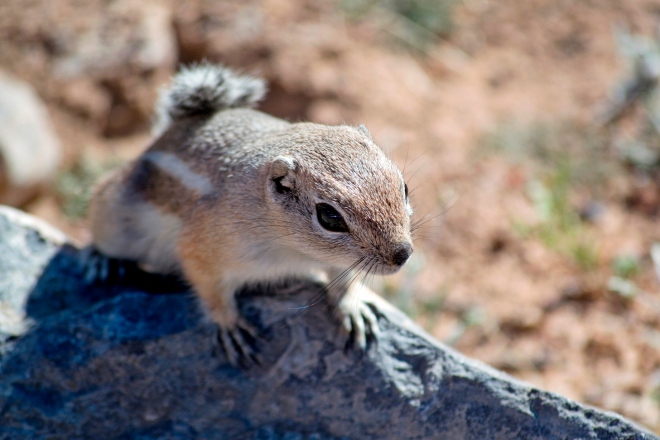 Ground squirrel is one of the most spotted animals in the Red Rock Canyon. The visitor center had a photo of a ground squirrel stealing food from a tortoise. So cute! They look like closer relatives to chipmunks than to squirrels. I had to look it up, and then found out that chipmunks have alternating light and dark stripes on their faces and ground squirrels don’t.

We saw him in front of the Calico Hill. I was chasing him around. After a little while, he was not scared of us anymore. This photo below was 55mm and no cropping! He was so close! I think we officially became friends. 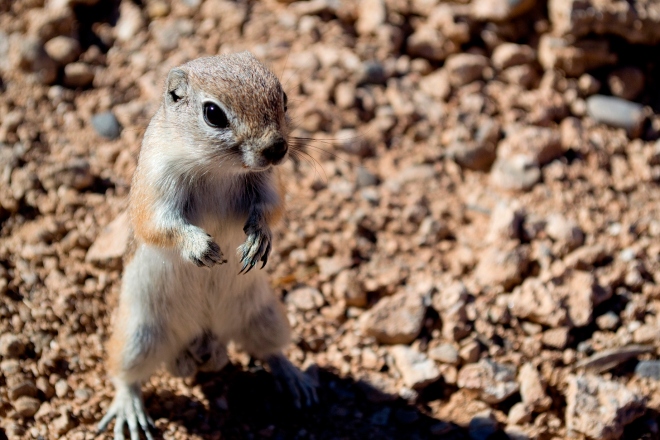 One thought on “Las Vegas: Ground Squirrel at the Red Rock Canyon 紅岩峽谷地松鼠”