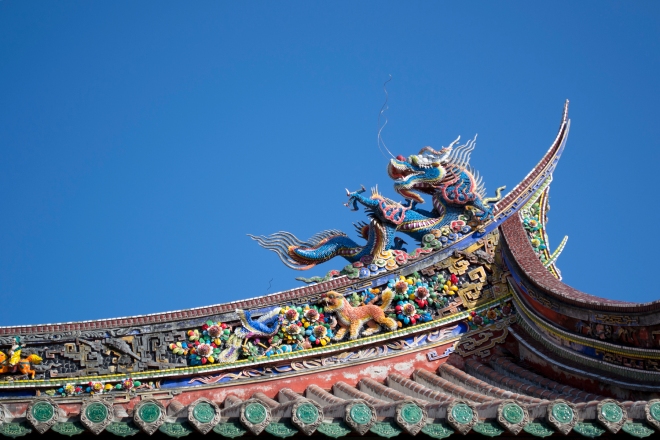 A stroll in Dalongdong makes a easy half-day trip in Taipei City. The Dalongdong Baoan Temple (大龍峒保安宮) is one of the three most historical and well preserved temples in Taipei, tied with Qingshui Temple and Lungshan Temple of Manka. The Taipei Confucius Temple sits right across the street from it. Getting thirsty? Stop by Black Tea House, famed for black tea flavored with sicklepod.

As Han Chinese from Fujian province of southern China migrated to this area in the early 19th century, they brought their popular beliefs and folk religion. These immigrants suffered many losses due to a malaria epidemic and other tropical diseases, so they brought over Baoshen Emperor (保生大帝), god of medicine. Most of these immigrants came from Tong’an of Quanzhou County. The name Baoan means to bless the people from Tong’an.

The early structure of this temple was built around 1742 and the extended temples were built around 1804. These immigrants from Fujian were mostly businessmen. They exported tea, cane sugar, and camphor to China and brought back wood and stone building materials to construct the temple. 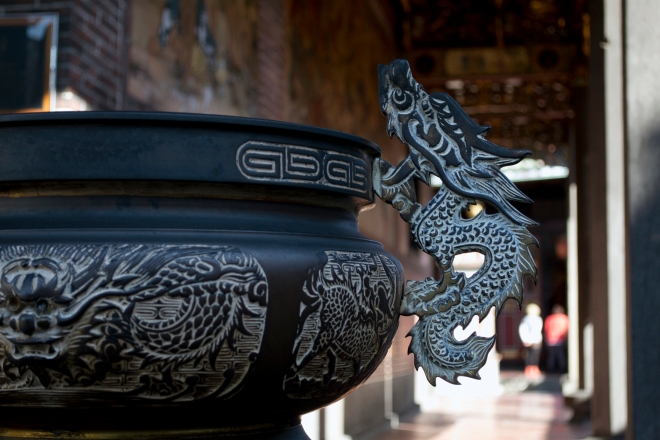 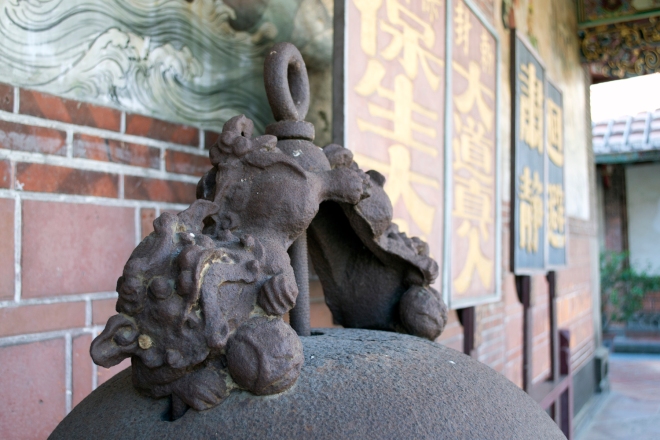 Baoan Temple is a typical hybrid of Taoism mixed with Buddhism and Confucianism. The temple does not only worship Baoshen Emperor but also many other deities: Mazu who is the patron goddess of fishermen and sailors, Tudigong or Lord of Earth who minds all kinds of business, a Taoist fertility goddess, Shennong who is god of herbal medicine, and many, many more. 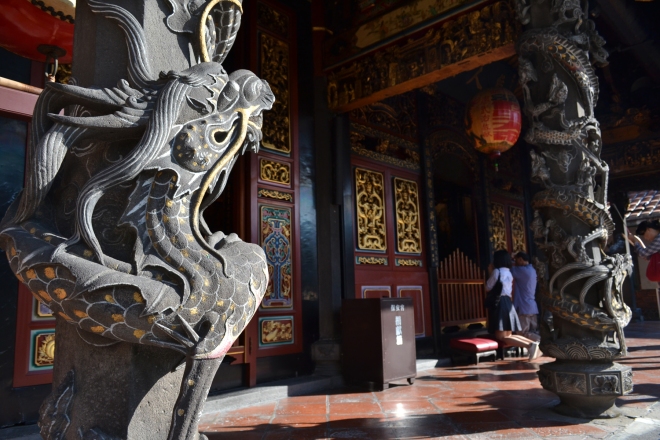 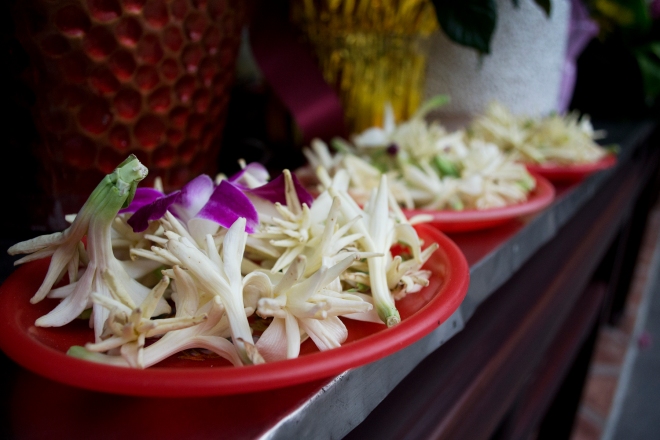 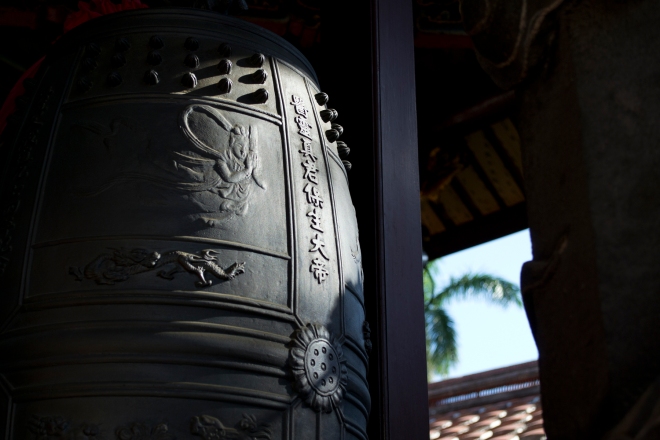 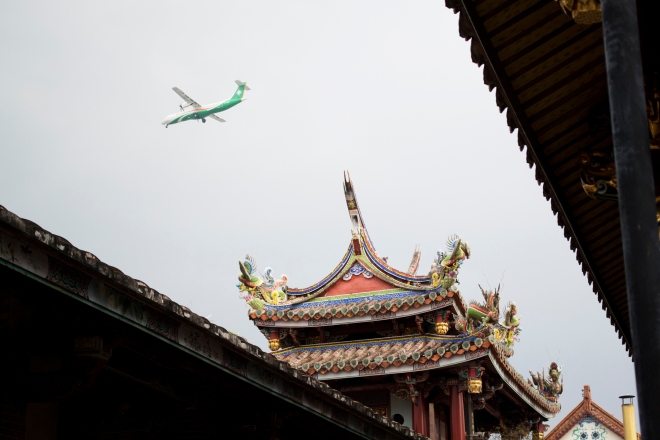 The temple has gone through many rounds of remodeling. In 1917, two teams were sent in to work on the temple. One team handled the left side; the other handled the right. This is a technique in traditional Taiwanese architecture. Competition makes better work.

Baoan Temple is one of the most exquisite and best preserved asymmetrical temples in Taiwan. It won an honorable mention at the 2003 UNESCO (The United Nations Educational, Scientific and Cultural Organization) Asia-Pacific Heritage Conservation Award.

In spring 2016, I had a wedding portrait photo shoot in Taipei. The Baoan Temple was one of the spots that I picked to showcase the culture and beauty of Taiwan. Our very talented photographer Erica Dietz of Erica Dietz Photography did an amazing job. Here are some of the shots. (She’s based in the United States. You can contact her for destination wedding or portrait photo shoot!) 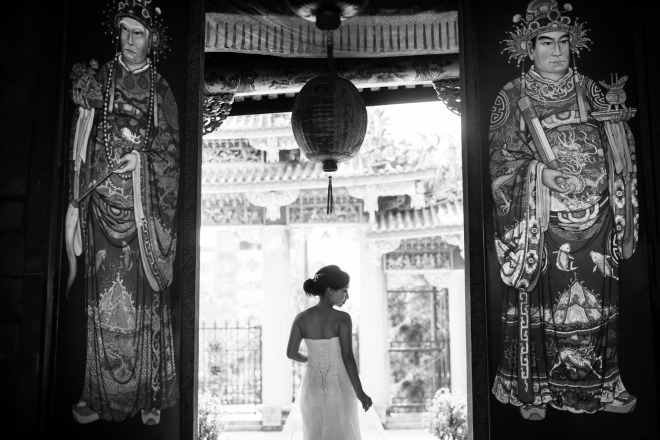 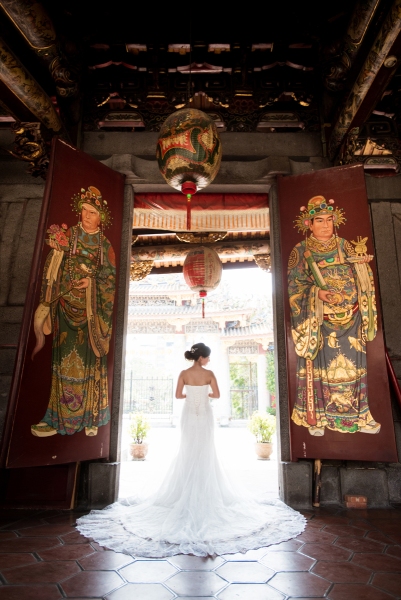 The Confucious Temple is right across the street from the Baoan Temple. The original temple was built in 1879. The Qing dynasty in China required every single state, city and municipality to build a Confucious Temple. After the Qing dynasty occupied Taiwan and incorporated the island into a province, Taipei became a capital and construction projects such as city walls, temples, and government buildings began. The current Confucious Temple was rebuilt in the 1930s. 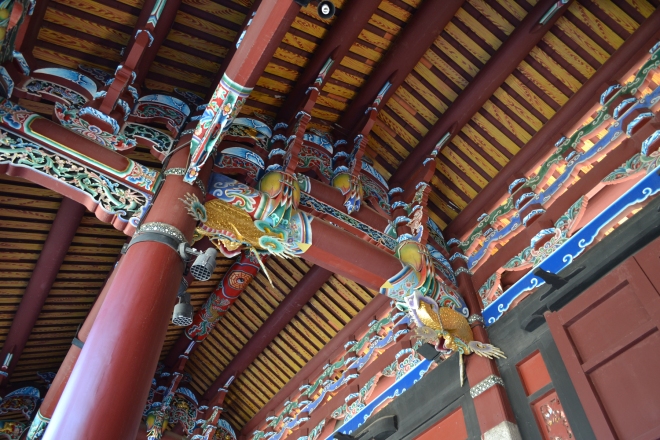 The two temples are situated in the north part of the city near Yuanshan Station on the MRT red line, very close to other must-visit spots such as the Shilin Night Market or Dihua Street, not far from the National Palace Museum. Near the temples is this popular tea shop, the Black Tea House (紅茶屋), famous for black tea flavored with sicklepod. The tea is not highly rated in my mind because I’m biased and too used to the flavor of black tea that I grew up with (蔡元益 Black Tea in the Beitou Market!), but it’s still worth a try. 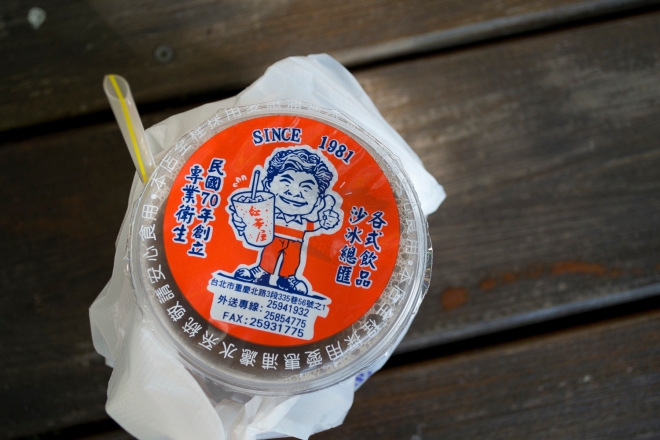